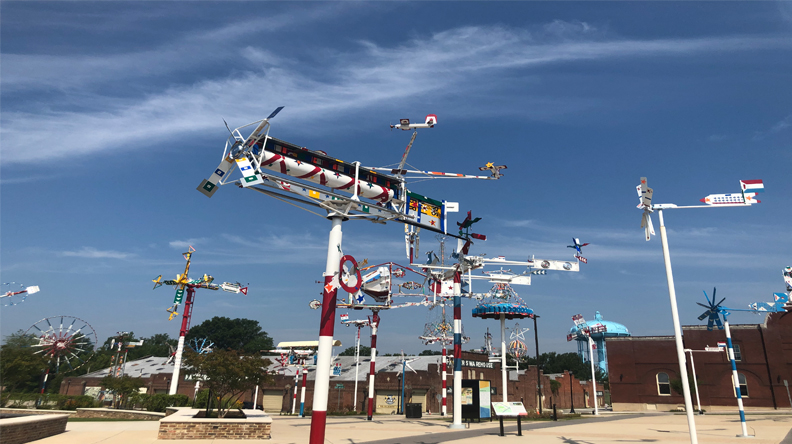 I have a fondness for public art, from large sculptures to a small found painting or installation meant to be discovered, with no advertisement. Public art makes me appreciate a city more and fuels my inspiration.

When I travel I often make note of popular things to do in a city, though I also note obscure things as well. I had on my list for some time to visit Whirligig Park in Wilson. NC. A small town in Northeastern North Carolina. On my most recent trip to an out of state show, I ended a long driving day in Wilson, NC, not for any reason other then I had driven as far as I was willing to go that day. The next morning I planned to hit the road again, to finish my drive, when I realized I was right up the road from Whirligig Park. I ended up going and it was truly one of the highlights of my trip.

The artist Simpson gained notoriety later in life and after becoming well known, the city of Wilson decided to build the park and save the sculptures. The park was built, though the first sculpture was not added until after the artist passed away. The park is free and the city has incorporated the art into an entire park, with an amphitheatre that is built around a brewery and retail space. The art is so well integrated into the small town, with its folksy feel and its big world dreams. It is a magical place, well worth a trip.

You can check out more at https://www.wilsonwhirligigpark.org/